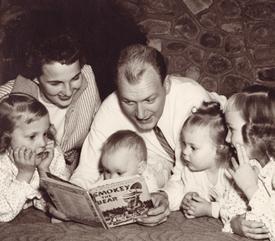 From sculptures to steamboat building, Gerry Matthews' versatility allowed him to grow artistically in several directions, with the accumulation of his diverse accomplishments creating one the most unique artists of our time.  Gerry was an artist's artist; versatile and multi-talented.  Each of his works express the accumulation of a lifetime of living and struggling to achieve the best visual interpretation of his imagination.

"As a child, I had lots of dreams of what I was going to be, but I never let go of being an artist. I didn't know how broad a field that really meant at the time, but through the years I determined that there are no limitations for someone with artistic insight."

Winning his first art contest at the age of 11, he went on to create everything from cartoon characters to architectural renovations.  From the time he was a teenager his dream was to be an architect, but fulfilling that dream did not come easily. After four years in the U.S. Air Force he found that with his G.I. bill he could not afford the esteemed Frank Lloyd Wright School of Architecture, so he turned to the University of Wisconsin where he completed a degree in art education.  After college, Matthews moved to Wisconsin Dells, Wisconsin, where he taught art for several schools and began doing freelance work for local businesses, designing store fronts, signs, logos and fountains.  While working in the Dells he learned about a steamboat in the Wisconsin River that once offered tours 40 years earlier. The steamboat known as Apollo, had long since sank in the river, but Matthews was intrigued by the idea of building a replica, so after meeting with historian A.J. Abrahamson in 1968 they began what would soon be Apollo II. 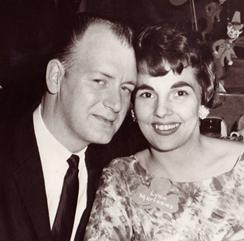 Gerry never gave up on architecture and later became a self-taught architectural designer.  After relocating to Orlando, Florida in the late 1970s, Gerry was the project designer under Schweizer Associates, for an upscale Mexican restaurant on East Colonial Drive called Villa Las Palomas.  Gerry's hard work paid off and the finished building was a true Mexican beauty, complete with clay tile floors, bright colored tiles throughout and dark wood accents.

A few years later, Gerry was offered an opportunity to work for Walt Disney World as an Architectural and Merchandise designer.  His work included everything from updates and expansions for the Magic Kingdom, to EPCOT pavilions for Germany, Canada, Mexico, England, and Japan.  Matthews also helped with designs for Tokyo Disneyland, and was later asked to create a custom portrait of Michael Jackson as Peter Pan among the characters of the story.

In 1994, Matthews returned to visit his hometown of Wisconsin Rapids for an exhibit of his art at the Alexander House in Port Edwards.  During his visit he met with city representatives to discuss the revitalization of their downtown area and submitted a new logo that the city adopted and uses today on its official letterhead.  You can see the design on the two water towers when driving through town.

In 2005, Gerry and his wife, Marilyn, moved back to the Rapids permanently to be closer to their family.  Later that year, they lost the second of four daughters to Friedreich's Ataxia.  Gerry was diagnosed with Alzheimer's disease the following year, and in 2007 they lost their third daughter to breast cancer.  Three years later in 2010, Gerry's battle with Alzheimer's disease ended.  Marilyn and Gerry were happily married for nearly 60 years. Marilyn still lives in the Rapids not too far from their fourth daughter and her family.

Although Gerry and his family had hopes of having his works exhibited in the community for future generations to enjoy, the time and resources needed to organize and manage such an endeavor have been prohibitive.  Today, his lifetime collection remains in storage waiting to be rediscovered. 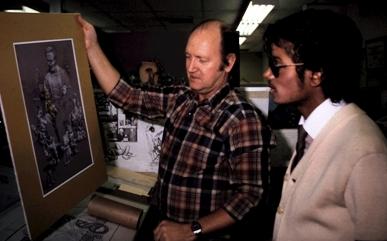